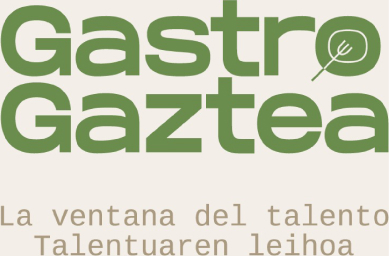 Young chefs and producers, and representatives from the primary sector in each historical territory of the Basque Country gathered in the three Basque provinces to offer three magnificent meals thanks to #GastroGaztea: a project promoted by Mantala Basque Gastronomy

The meetings, aimed at professionals from the sector, offered a global view of the gastronomic and cultural diversity of each territory through recognised and entrepreneurial projects by young talent.

In the heart of Bizkaia, Garena Restaurant, with its traditional and innovative cuisine by Julen Baz and Imanol Artetxe, hosted the chefs from Casa Garras, Txema Llamosas, and Kimtxu, Ivan Abril, to offer a traditional and avant-garde gastronomic proposal. Kromatiko, with Aitor Etxenike as the head chef, was the Restaurant chosen in the capital of Alava to host the chefs from Mano Lenta, Luis Hernani and the pair from Ballarin, Eneko Otxoa and Asier Moreira, to offer a menu where the truffle was the main feature.

Finally, LABe Restaurant, the restaurant promoted by graduates from Basque Culinary Center located in Donostia-San Sebastian, was the venue for the food prepared by the entrepreneurs from Ama Taberna in Tolosa, Javi Rivero and Gorka Rico, the chef from Geralds Bar-San Sebastian, Bella Bowring, the groundbreaking chefs from the Casa 887 restaurant in the Gros district, led by Antonio Carlos Fontoura, and the new generation of confectionery by Rafa Gorrotxategi.

In addition, the menus chosen included ingredients from local producers who work daily to continue offering the highest quality products. Producers with whom these young talents regularly work. Some of them, such as Jon Etxebarria (sheep’s cheese), Iker Arrieta (micro vegetables), Txema Martínez (vegetables and truffle from Alava), Pablo de Oraá (salt from the Salted Valley of Añana), and Alberto Roth (gastronomic wines from Alava) were present at the meals showcasing their products.

After the presentation held in 2020, several events have been organized around the Gastro Gaztea project. The first of them was held on October 25, 2021, and under the title “Dinner with six hands” it featured the know-how of the chefs of the Ama Taberna, Garena and Kromatiko restaurants, in addition to the LABe Restaurant team, who acted as host.

The dinner and the subsequent gathering revolved around local and seasonal products, and the menu consisted of 7 dishes, including dessert: Crayfish, Orbiso Tomato Soup, Ama-style Leek, Eel Soup, Ama style Hake, Foal with Autumn truffle and Mamia with Astarbe roasted apple. Wines from Viñedos Hontza, Txakoli from Urkizahar and natural and sparkling cider from Astarbe were served to pair with the dishes.

The second edition of the Gastro Gaztea initiative was also held at LABe Restaurant on December 14, 2021, and this time it had the presence and work of the young talents of the Galerna restaurant, the new generations of the Rafa Gorrotxategi pastry shop, the cheeses from Infernuko Kortariko Gasnak, the txakoli from Txomin Etxaniz as well as the dishes prepared by the host restaurant team.

The dinner consisted of 7 dishes: Tiger Mussel Croquette, Fried Nettles, Trout from the Yesa Reservoir, Artichokes from Tudela with Kokotxas and Pil-pil and for dessert Basque Chocolate Cake with Ice Cream. All this paired with various txakolis from Txomin Etxaniz.

“People” is a space dedicated to know-how, to the knowledge and personal experiences linked to Basque gastronomy. Through inspiring and essential figures and stories we will explore Basque gastronomy in depth.

Basque Gastronomy Meeting, an initiative aimed at consolidating the sector through reflection and detecting key insights for the future through dialogue between the professionals of the Basque gastronomy sector.